RAF worker, Data Analyst, a father of five, with a full-time job Michael Taylor. He damaged his spine in a 2016 cycling accident but he keeps working back to fitness. Michael, who’s competed in cycling and triathlon events, had already planned to take part in the Comrades Marathon event in South Africa before it was postponed due to the Coronavirus.
Michael won global „Wings for Life” running challenge beating 77 000 runners worldwide!

*Tell me something about your running

I ran as a child but had some random injuries and didn’t do anything from 15 through to 28 when I started triathlons. I started cycling when living in Italy with NATO and it allowed me to regain strength in my body and running got started again. Hence the entry into triathlon and Ironmans. Last year was my first normal marathon at London (2019-04-28). I ran it in 2hr 25 but didn’t taper. 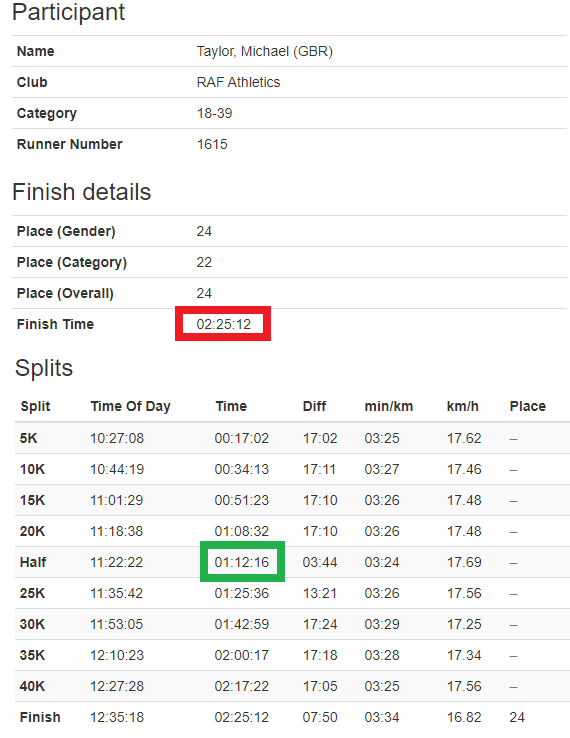 I have run lots of marathons just not as a standalone race. My favourite distance is as long as I can go. The farther I go in either triathlon or running the stronger I feel. Last year my family asked me to stop triathlon as they realized from IM France and London, that triathlon was actually slowing my running down and I had more potential in that. I was fastest amateur in France in 40C and one of the fastest run splits in Kona in 38C but to be honest Kona was a life goal and I just enjoyed the race.
There was more on the run I have run 3 Ultras. A practice one in 2018 which I won in a course record.

I did the British oldest ultra this year at Barry 40 (2020-03-01) and took the course record form Simon Pride and Steven Way.

*Can you tell more about this year’s WFL? Where were you running it?

WFL was my third Ultra. WFL was my first go at that and was meant to be preparation for Comrades (86,83 km) [which has since been postponed] and the the Anglo Celtic Plate 100K Road Race British Championships (2020-05-16). I was hoping to emulate and maybe challenge Steve Ways British 100k record (6h 19min 20sec). I was very lucky to be selected from the Barry run to run for England in the British championships. 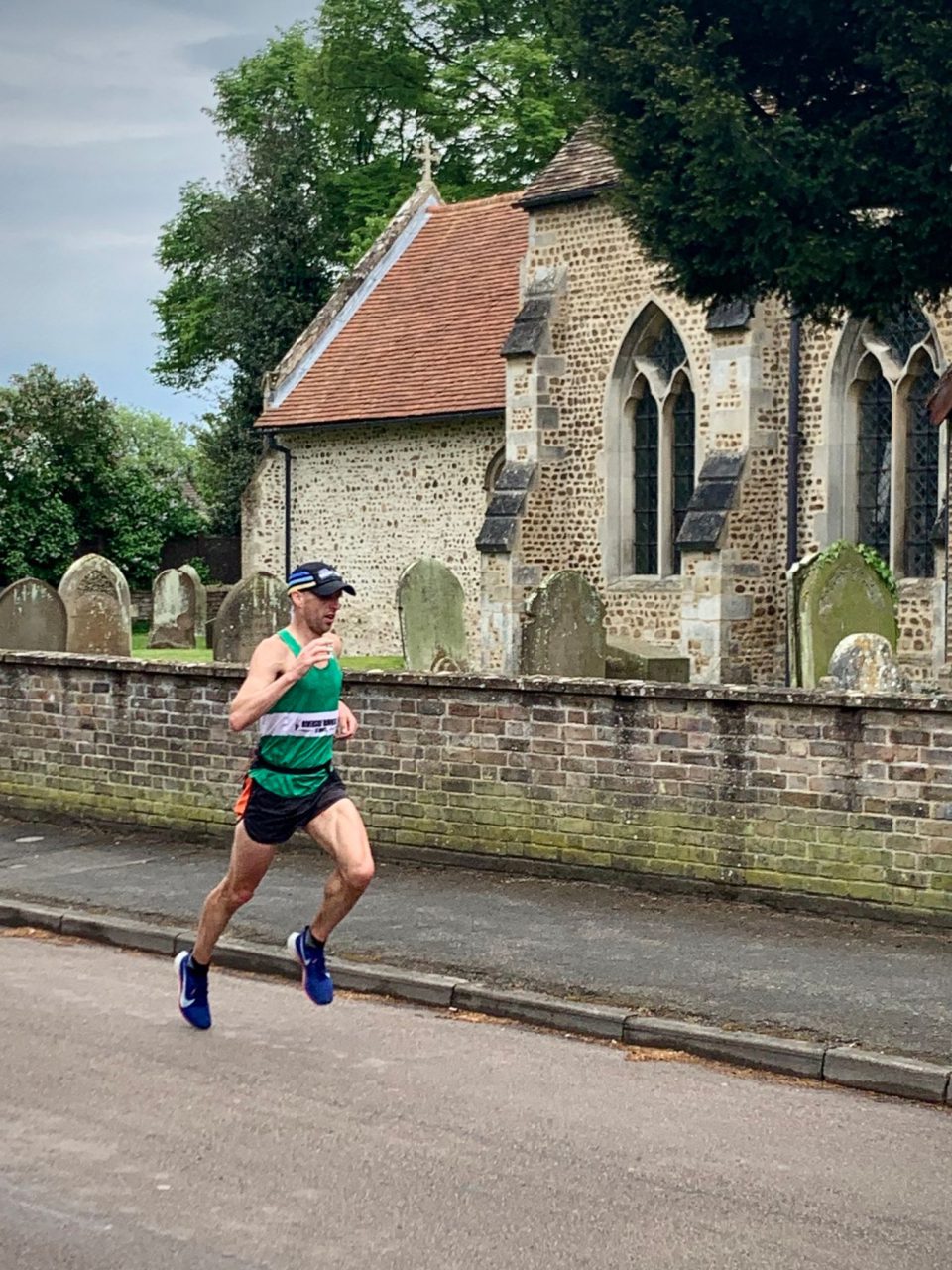 WFL was fantastic. Loved the format. The idea of just pushing and pushing is very appealing and actually, being on the APP helps me as don’t really like an audience just like getting into a rhythm and going.

It was difficult to think of somewhere pretty clear of people to go for the run. Normally in the first and last half mile of my runs I’ll see loads of people but then it’s a lot quieter throughout. I used a 2.5km loop we’d used before for tempo runs, set up a little checkpoint and away I went. 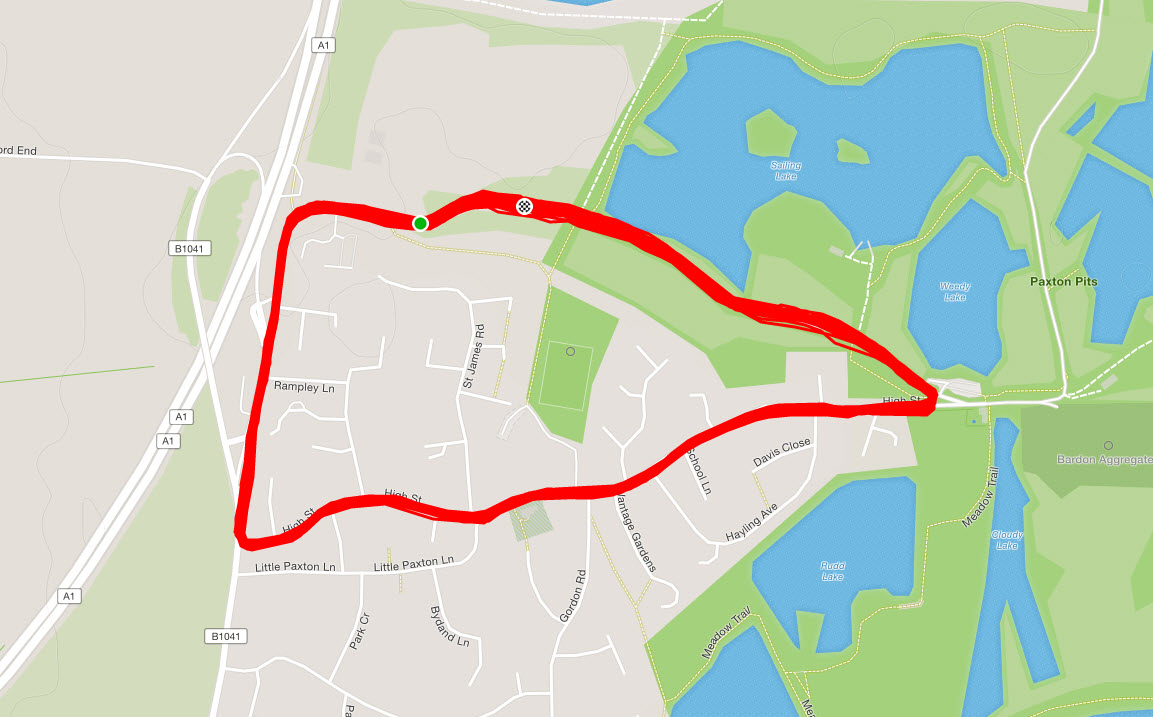 I had planned to run 40 miles (64km) when it was a flagship race as prep for Comrades and didn’t even know there was an App run until the Tuesday. I got the email as I’d donated my entry fee saying I could do it for free and thought ace why not?
Decided on a very quiet local route to keep to social distancing and somewhere I could safely leave nutrition, friends and family could take their daily walk to watch if they wanted.

The first five miles I went a bit harder, but that was just to get going and then I relaxed for the most part. I did have to work a bit harder at the end. Marathon was 2h30 flat and the pace never really changed. I knew where I stood form Barry and actually have a little more in the middle but had to be careful with the current climate. After completing the first 50 km in under three hours, my average 5.47 per mile (3’36’’/km). It was faster than Jim Walmsley’s world record pace for 50 miles (80.5k). I did push the last mile when I was told I was in the top few. 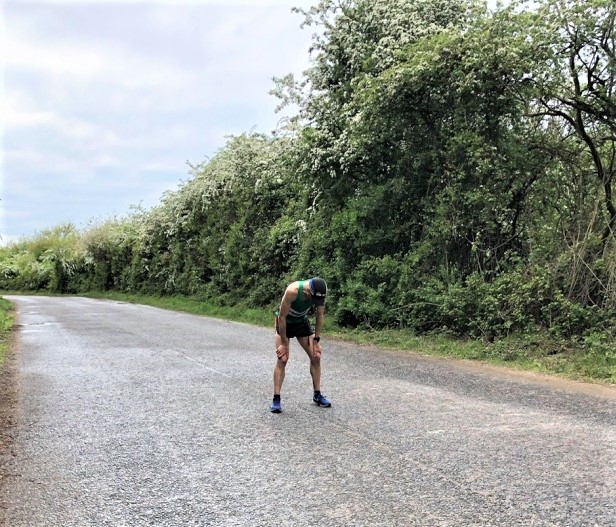 During the race I have drank 2 bottles of energy drink and 1 small coke.

Note: I compare Michael’s pace with mine. It seems he is hellishly strong!! 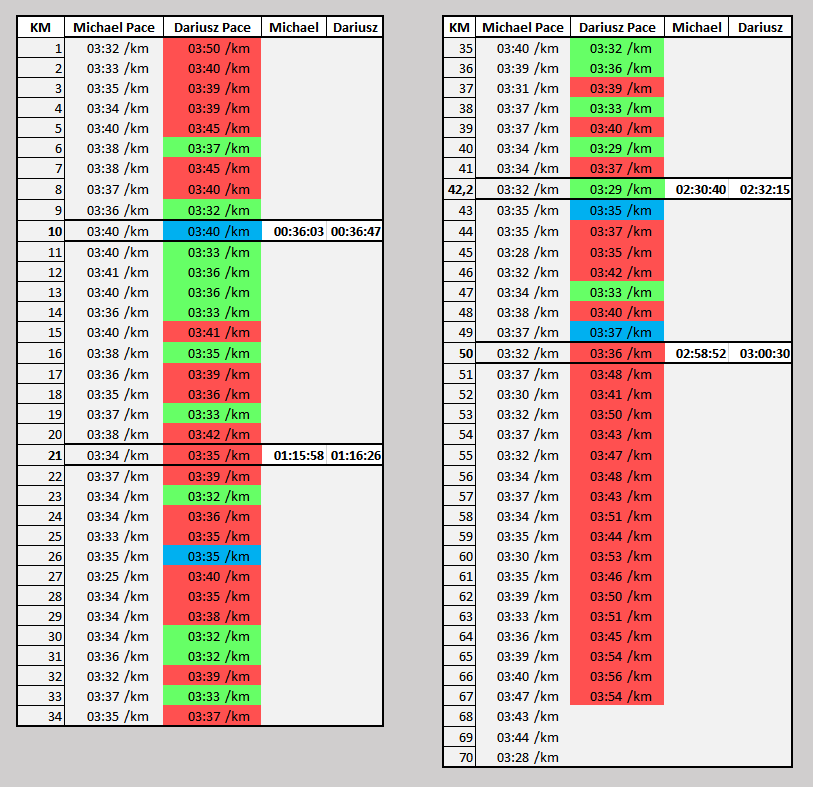 My 5k PB is very poor as never raced it properly. Officially I think it’s 15:47 but have actually run under 15:25 several times in training. 10k is 31:47 again …….I really dislike shorter distances. Don’t even feel warmed up until I get to about 5 miles.

*Can you tell something how do you train? What millage do you run?

I’ve never been a fan of the super long run though, even now I’m focusing on the running more. My weekly long run is normally a couple of hours. You’ll get the aerobic benefits you want, but also without too much damage. Initially it would be ten hours a week total, but that went up to around 13 hours per week, with 5-6 hours of running, for Kona. Over the last 10 years I run not more than 100 km per week but also had cycling and swimming mixed in. Now it’s a little more but not much as still do some cycling and swimming.

*How many trainings do you have in your typical week

It’s usually consistent at about 11 to 14 sessions per week. Very mixed not long. Mix of sports. But now more running.

*Do you often run HIIT (intervals)?

Once every 2 weeks for VO2 and Reps about the same.

*What is your favourite training

Strangely a cycling climb. Big Mountain. Love it. Running its anything with a view and the training side just then arrives. The run session I like the most is always my recovery run. As a family we jog at 9-minute milling to the fish and chip shop 1.5 miles away. Buy dinner and then jog back. Best day ever.

*Do you enough time for your trainings?

Nope. With 5 children and a job its restricted on training time. To get around the restrictions I tend to do overload weekends in the national parks. We go up with the clubs and family to the peaks or Snowdonia and do 2.5 days of longer training. 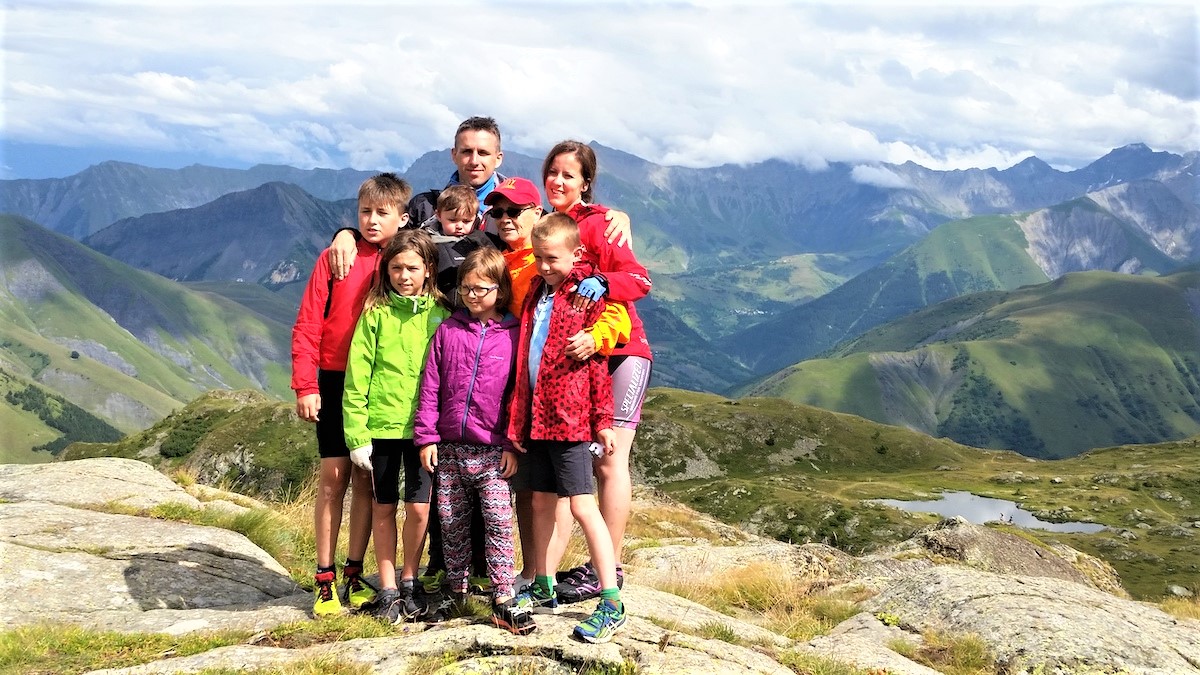 *Are you on any sort of diet?

I eat whatever I feel like whenever I feel like. But it is mixed and a big variety and not overeating but balanced. Night before races is pizza. I’m controlled sometimes but listen to my body and know myself well now I’m older. Chocolate / Salad through to Salmon and avocado. But always balance.

How do you compose your training plan? Do you have coach?

I just do it from lots of readining and analysis. Ive trialled and errored on myself for 10 years . Ive tested many different ideas but in essence always target consistency and quality. No coach but I do have Alan. Hes my clubs coach and sports physio. Fantastic guy , ex RAF and a few words from him everynow and then helps me focus where I need to alter and look at. Its like having the perfect warning and motivation system. My main coaches are my family and friends.  The groups Im surrounded by are amazing, they keep me honest and inspried. They will come out with me rain or shine even to keep me company when they don’t want to train.

*Tell me about your plans

Ironman and Kona have been a goal for a few years now and my marathon PB was actually in the build up to Ironman France last year. Comrades had been the target alongside the Anglo-Celtic Plate. I’d like to have a crack at Steve Way’s British road record of 6:19:20, with the outright British record of 6:10:20 set by Don Ritchie all the way back in 1978. I’m meant to be at London again as that is the RAF championships and UK Armed Forces Championships. As I won that last year, I need to be respectful and go back and represent the RAF against the Army and Navy. Then probably test my luck at some dream races such as  trails in Western States and UTMB races.

*It would be great to run together.

The option is definitely there for you and if lockdown goes on to long maybe you could come here for WFL next year? I could host you happily as live quite close.

*That was initial plan to start in Cambridge this year

*Great! Nice to hear it! Thank You Michael.